There was once a large explosion in the depths of the dark blue ocean. Emanating in all directions were thousands, millions or perhaps billions of fragile little drops of the clearest blue water. And with those drops of water came trillions of specs of glittering, shimmering pixie dust. 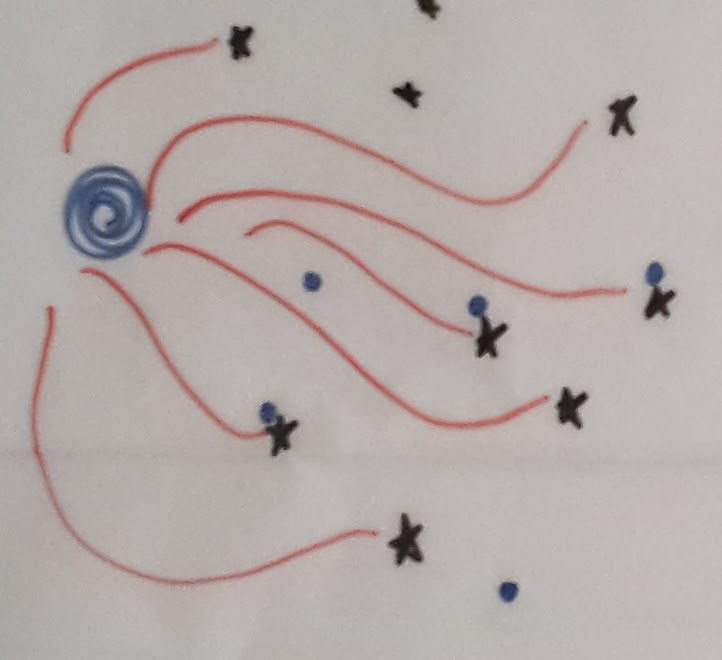 The droplets flew out in all directions in a tsunami of heat, light and glittering dust. They flowed out in torrents and filled out the emptiness that enveloped them. Never before had the droplets seen anything like this.

Fear gripped each and every one of them as though they had been ripped out of the womb, out of the cocoon of love that the mother ocean held for all this time. And now, they were hurtling through space and chaos reigned everywhere.


Round and round
Up and Down.
No left, no right.
Only darkness, no light. 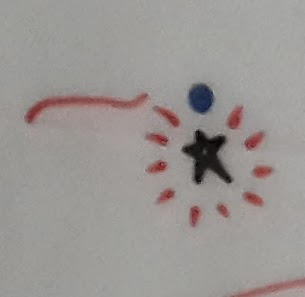 Slowly, the fear began to settle. Among all the confusion, was a little drop of water, who found himself lodged on a little speck of pixie dust.

'Phew', he said, sighing with relief. 'I can rest for a while and gather myself.' As he dusted himself and stood up, he could see the turmoil everywhere. So much confusion, so much pain. Why was this happening?

He looked at his fellow brothers and sisters hurtling past. They seemed to be equally confused. Some had found themselves a speck of dust to rest on, others not.

As the little drop gathered himself, he sat down and rested for a while, grateful for the pixie dust he was seated on. As he rested, from the depths of his heart, from his inner being, came a little voice.

Immediately the little drop saw himself gripped with panic. 'Where was I headed?' And amid the panic, came a little voice from below his feet - 'Don't worry little droplet! I'm here for you!' The droplet was amazed. It was the little speck of pixie dust that spoke to him. 'My light will show you the way.'

'Wow!', thought the droplet. 'It was a radiant glow'. Shining bright in the dark surroundings, it reminded him of the warmth that he felt in the cocoon that he had left recently. 'Surely something that is so bright and beautiful can light up the path for me?' Perhaps this is where I should anchor myself, and I'll be taken care of!' 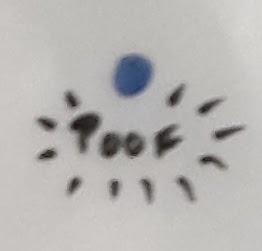 And at that very moment when he thought of building himself a home, he heard a loud - 'Poof!' All of a sudden, the pixie dust disappeared into nothingness and he found himself hurtling again through space.

He screamed and shouted as he tumbled. Hoping and praying to grasp on to something, but in vain.

It was all empty and dark, wherever he looked. In the distance, from the corner of his eye he could sense the deep blue glow of his mother. As he yearned for her warmth, his pain was multiplied by the fact  that he couldn't get it back.

And just as he resigned himself to his pain, he found himself colliding headlong into another speck of pixie dust. As he hung on for dear life, he sighed again. At long last, 'I have a home again'. 'I'll be wiser this time.' As he settled down, the voice within his depths spoke again. 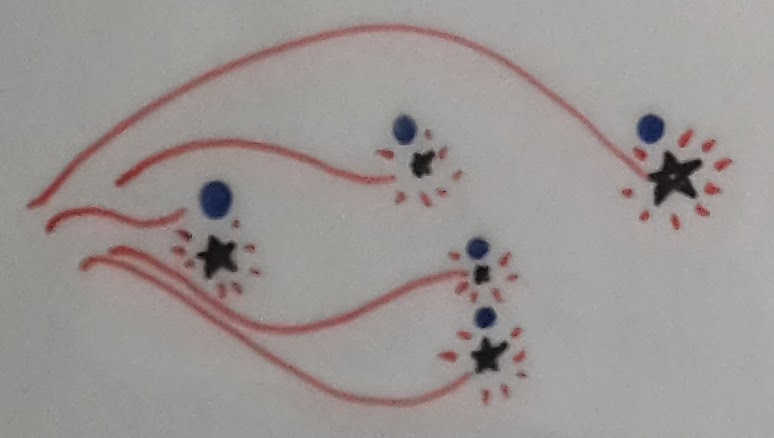 As he looked around for answers, he saw his brothers and sisters again. Many more of them seemed to have found pixie dust to rest on. Thank goodness!

But below each little drop, he noticed each speck of glittering pixie dust was different from the other. Some were smaller, but others were also larger than the one he was riding on. Some were dull, but others shone so bright that you couldn't even cast your eyes in that direction without shading your eyes. And they all seemed to call out to him  - 'We're so much brighter and stronger than the speck of dust you're standing on. How far will that get you?'

And so the droplets mind raced - 'What if I had one of those?', he thought. Surely those large bright specks would take him farther than the one he was standing on?

And just as he voiced it in his head, he heard the dreadful sound again - 'POOF!!" and he fell into the darkness.

No one listened to his cries. Soon after, he felt the thud - up against another speck of dust - one that was much, much larger.

As he picked himself up, he saw the smiling face of a sister. 'Welcome! Are you feeling alright?'

As he looked at her, he thought - 'She is so radiant. Her warmth and depth remind me of the mother I left.' Almost instantly the two of them began talking. Sharing their fears, their vulnerabilities, their dreams and their aspirations.

He could see himself feeling lighter. Something that alleviated the pain brought on by the questions he earlier experienced. It brought him a freedom of sorts. And immediately, he found the pixie dust urging him from below - "What if you brought this this joy to more brothers and sisters. You could invite them all together to live here. There's enough space for everyone!'

And as he felt like giving into the urge, he knew it would lead to that dreaded sound. A loud 'Poof' and he had lost his home once again. Off he went tumbling into the darkness, the other droplet in another direction, while the speck of dust disappeared once again. 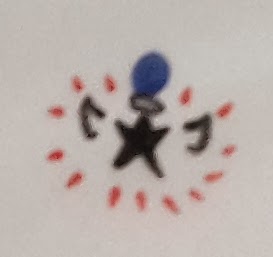 This time, he was pleasantly surprised to find himself on a new speck right away. And so he found himself on another home - this time with soft grass for his landing, and streams that sang soft lullabies to soothe his nerves. And there were the questions yet again - 'Who am I? Why am I here? Where am I heading?'

But as the questions arose, they were drowned out by the fragrance that intoxicated him. A smile lit up his face when he forgot his pain, and just then, he lost his footing, as his pixie dust disappeared and he tumbled yet again. 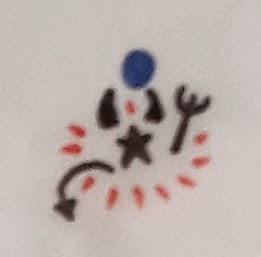 He tumbled not for long, because he found himself on yet another speck. But as he landed, he felt himself standing knee deep in the most noxious of liquids. Black opaque gook that ran up his thighs. Serpents slithered between his feet as he heard the buzz of blood-sucking mosquitoes around him. It didn't matter who he was and where he was heading - this was the most unpleasant experience he had had. As he struggled to get out, he found that he kept sinking in. As he tried to swim, he realized there was no shore to move towards. And it was then, that he gave up - surrendered to the unpleasantness and the stench that filled the air. Right then, he heard it - the 'Poof'.

He tumbled yet again, slightly relieved this time, and soon found himself almost like clockwork on another speck. 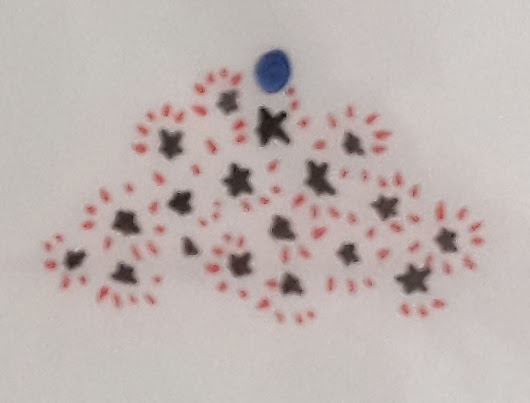 He picked himself up, and renewed with an energy, he stretched out his hand. A new day, a new home. And in his outstretched hand, he felt a glittering orb. Lo and behold, a spec of dust had gotten attracted to his hand as it was passing by them.

And the pixie dust spoke to him again - "You don't need to rely only on me! What if you accumulated several specks. You'd never be left stranded! If you lost one, you would have another. In fact, if you had a whole collection, you wouldn't ever lose your footing again!' Suddenly, he felt like he didn't need to embrace that pain of tumbling any more.

Immediately he raised his hand, as if to request of the universe for one more spec of dust. And just as he asked, he received. And another, and another. It was that simple. Just an outstretched hand could do the trick. Sometimes he had to hold it out for a little longer, but he was never disappointed.

He looked around, and he was amazed. All the specks of dust had added up. Miles and miles of land were around him. There were mountains and ravines, rivers and forests. Streams of warm water and trees bearing fruit. Ah, this was heaven. He heard the 'Poof' sound again, but didn't worry - he had so many specks to rely on. But from the corner of the horizon he heard a few more sounds. An entire mountain was collapsing, rivers disappearing. 'Could it be? Yes - it was happening' All the specks were collapsing together.

Only this time, there was no single disappearing speck - it was all at once. Hundreds, and thousands of resounding 'Poofs' engulfed the black sky. Poof! Poof! Poof! Poof! - the loud noise drowned out only by his pain - one that he had never before experienced.

He should have learnt to expect it now, but he hadn't. He hurtled at speeds he hadn't seen before. Tears and shrieks that he let out flying in all directions.

He waited, and yearned for a new home, but nothing came his way. He stretched out him arms, but still there was nothing. All around, only silence and darkness. And then, in the depths of his silence, came the questions once again.

There was no choice, but to hold it all. There was no choice but to stop seeking answers to those questions. They were here to stay - they were here to burn him - to engulf his presence. There was nothing to drown out the pain with. He had no choice but to embrace it - to lie back and let it ripple through his very essence, to let it flow through his every vein like  a gushing river in a tropical monsoon, like a foul scent in his breath. It was here, and now and he had no where to go but to embrace it all.

And in that moment, he looked inside his heart - to where the questions were emanating. He couldn't quite see it, but he felt it's presence. It was the same warmth and depth that had held him for all these years. It was the cocoon of love that had sent him out on this journey. There it was, right within him, but he never looked. All he had to do was let go and it was all his. 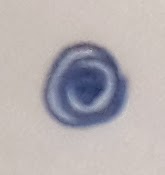 He felt gratitude for all the specks - the good and the bad, the radiant and the dull. For all the friends that held him, for all the dreams unfulfilled, for they had all collectively brought him to this very moment.

He was now ready to accept whatever came his way. He now realized that the fear and longing for another home was replaced by a joy for the unknown. A joy that would embrace every speck as a Gift with the understanding that he had to let it go one day.

As he finally collided against yet another spec, he saw that it was just an ordinary spec of dust. Not ordinary in radiance or dullness or size or fragrance, but ordinary in the fact that it too would leave him one day, to propel him further in this journey of awareness - all he had to do was embrace it for what it was.

And as he thought this, the voice returned from the depths of his inner being. 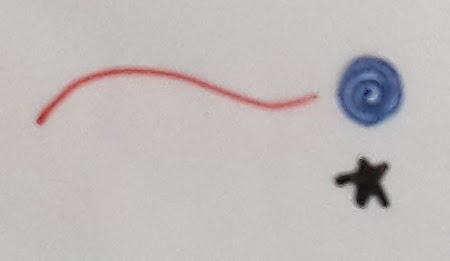 Posted by Siddharth Sthalekar at 12:57 PM