An Attitude of Gratitude

An attitude of gratitude!

Gratitude and Suffering cannot Co-exist!
I was sitting across my mother just yesterday in her office cabin, when she sighed with some grief. It was one of those days at work when she was beating herself down about not being as ‘successful’ as she’d like to.

As I continued eating my lunch – she changed the topic to my birthday and asked me what I wanted. My immediate reaction was what it had been for several years – I would normally have said ‘Nothing’! But genius flowed right through me at that point. I told her I’d like for her to write me a list for my birthday. I handed her a pen and paper and asked her to list out Ten things she was Grateful for! J 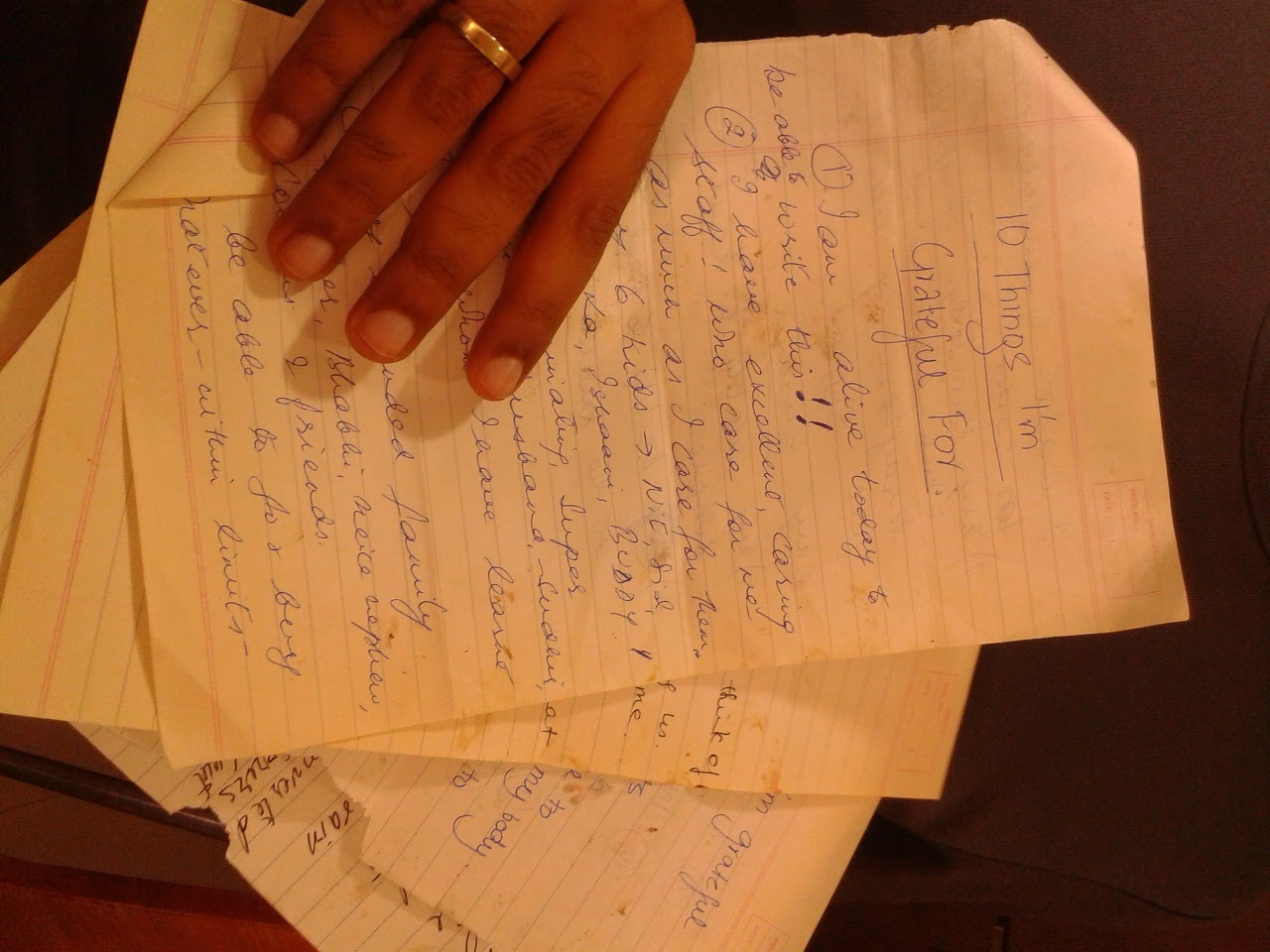 Clearly, it’s not what either her or I expected. She was anticipating my usual response to which she would have gone out and bought me something anyway. This was much tougher! But a mother can’t refuse what her son asks of her, and she reluctantly sat down and wrote out Ten things she was grateful for!

It took her about fifteen minutes, but by the time she was done, the results were apparent. From being grateful to her staff to her dog at home, she was clearly transformed. After reading it out to me, she walks out and asks all her staff member to do the same J

At night, over dinner while we’re narrating the story to my family, there were tears in her eyes, and immediately everyone’s moved. My aunt from the US and my father join in too. My aunt spoke about a life threatening surgery she had 15 years ago and how she should be looking at life as a Gift! Lahar steps it up and says she’d like to do a 40 day gratitude challenge – where she wakes up every morning and writes out ten different things she’s grateful for. 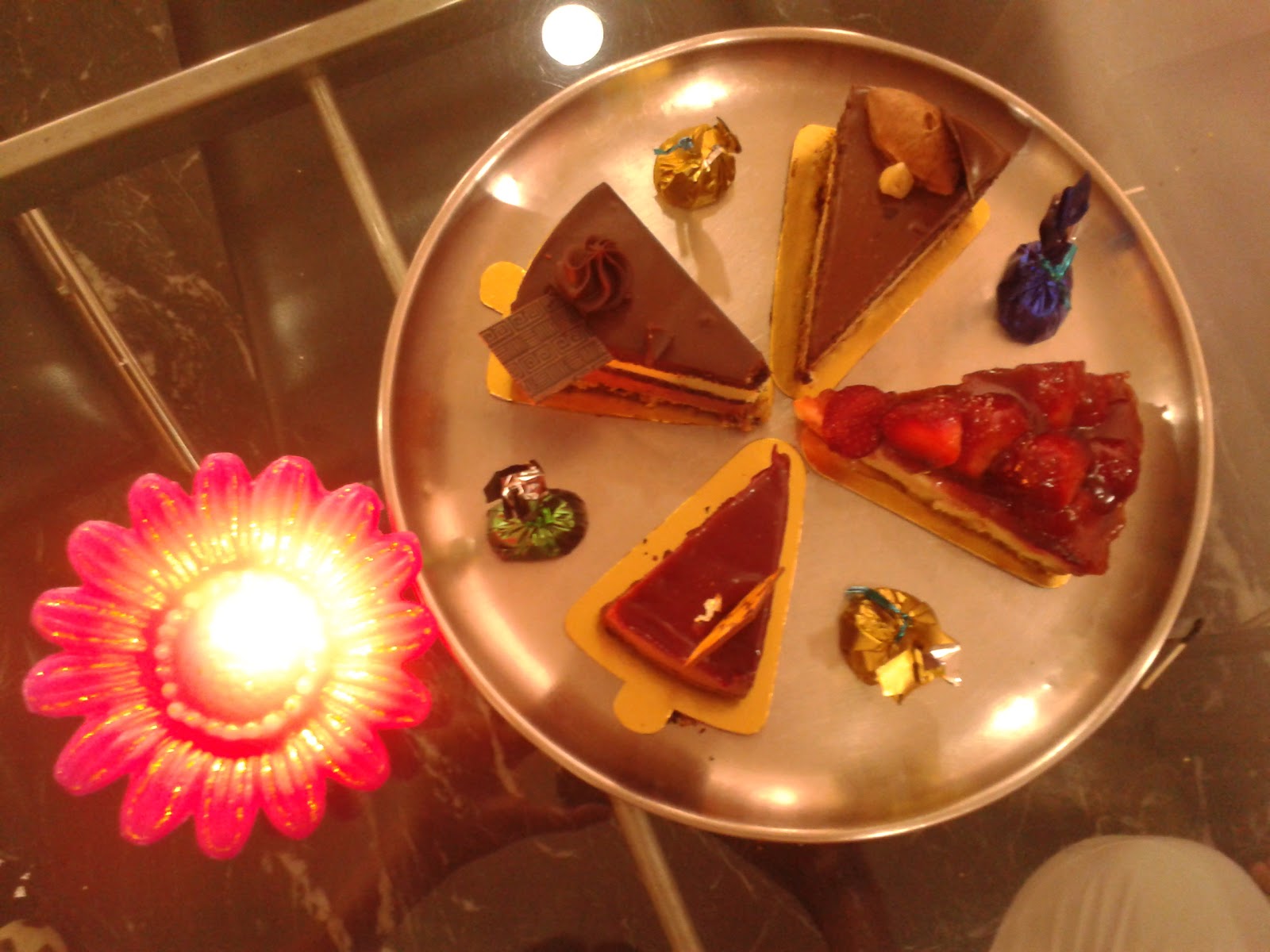 And that’s when things really start rolling! When my dad wanted to take a picture of me cutting cake, I decide to hold up my gifts – all the sheets of gratitude I’ve received so I can share it with my sister J Ofcourse, she and her husband join in too as do Lahar’s parents! In face my mother-in law decides to practice gratitude with some of the children she works with.

A few years ago, I’d be reluctant to receive calls on my birthday and keep it on silent – but today I’ve been receiving all the calls and telling everyone about my birthday gift. Perhaps they might write a note on gratitude for themselves J

To me, it’s been a true lesson - when we look at things with gratitude they become gifts – my birthday, mobile phones, cameras could all have been something I try to avoid, but instead they became gifts that transformed people around me.

Grateful for my mother who started out all these ripples!

PS: 3 months later, I received an email from Beena, based out of Pune who heard me sharing this story at the Pune retreat. She totally takes me by surprise when she shares her 30 day journal of gratitude!

The ripples keep on flowing :)
Posted by Siddharth Sthalekar at 12:21 PM